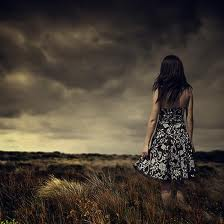 There are colors on the wind tonight, and flavors in the rain. So I roll down my window as I drive, and let the colors float through, taste the flavors of the raindrops on my tongue.

I found a last shred of hope under the visor, but lost it when a blue-gray wind whipped through the car and carried it out into the woods where crickets are calling out for reinforcements against what has to be invading bull-frog hoards. I slam on the breaks, but it’s gone. All gone, whipped off and no longer visible, and I find tears on my cheeks, for it was all I had left, and now my heart is left empty.

But even as I sigh and head back down the slick black road, dodging puddles and downed tree-branches, I have to wonder what they thought of a blue-gray wind bearing hope. Did one side or the other see it as an omen, a sign of divine intervention on their behalf?

Or maybe it didn’t pause in those damp green woods, perhaps it drifted right over the heads of the battling crickets and bull-frogs and instead drifted off into the fields where slightly soggy lightning bugs are huddling under ivy leaves in the hopes that it will dry out enough for them to give their backsides a good workout – it’s been a very long time after all, and what would they make of a blue-gray wind carrying hope?

Or did the wind ignore the lightning bugs and instead curl itself around the legs of a late-night jogger, devoted soul, only a devoted soul would be out jogging on a night when blue-gray winds are whipping things out of people’s cars and splattering white mesh running shoes with muddy spray. Did my hope trip up the jogger? Make them fall face first into a mud puddle? Are they even now spitting out a mouthful of mud and brushing the leaf bits out of their hair?

They probably didn’t even notice the hope. They would have cursed it. What need has a jogger of hope? Focused devotion, that is the only emotion that they have room for, they probably carry it strapped to their arm like an iPod, turned up to highest volume, nothing else in the world for them at that moment in
time.

Perhaps my hope never made landfall at all, and is even now drifting off into the stratosphere, its blue-gray transport slowly turning to silver-white as it crystallizes into ice, its silver touch chilling the hope to nearly the freezing point.

But that’s the nice thing about hope you see, it can never be entirely destroyed, so even a silver-white wind wouldn’t have any effect on it – or not entirely, it might make it sluggish and cold, but eventually the silver-white wind would lose its grip, and on its way down – spiraling down to earth, it might just get caught up in an updraft, and a sliver of rising morning sun, and a splatter of raindrops, and, just for a moment, my hope, that hope I had tucked so securely beneath my visor, that hope for which I had such great plans, would be visible to the world, reflected off a million raindrops, refracted by a million photons of sunlight, and trickling down to the world – into my waiting hands, in an outpour of shimmering multi-hued rainbow light.

And I smile, because that’s my hope. I feel it in my heart of hearts, recognized it the moment I saw it. And it’s made even greater now, by having been lost, it’s finding can touch the hearts of thousands – of millions – and perhaps they will not be silly enough to fold it in half and tuck it under their visors, but instead keep it always in their hearts and souls for all the world to see.